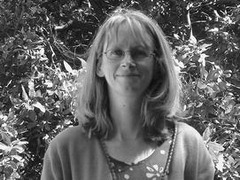 I was born in 1958 in Macclesfield, and lived in the Manchester area until I was 13, when my family moved to Hertfordshire. Following A-levels, I studied Psychology at the University of York between 1976 and 1979. After my undergraduate degree, I obtained a Social Science Research Council studentship at City University, where I studied for a PhD under the supervision of John Gardiner and Vernon Gregg. The subject of the thesis was auditory short-term memory, and I was awarded my PhD in 1983. Following my PhD, I was employed as a postdoctoral researcher on an experimental psychology project with Donald Broadbent at the University of Oxford, investigating selective attention. After two years in this post, I joined the MRC Applied Psychology Unit in Cambridge as a Scientist. I worked at the APU from 1984 to 1988, and it was during this period that I developed my interests in the involvement of short-term memory in the acquisition of knowledge during childhood. Collaborating with Alan Baddeley, the Director of the APU, I started to find a number of close links between individual differences in short-term memory function and in the ease of acquiring new vocabulary , in both normal children and children with developmental disorders of language. In 1988, I left the APU to take up a lectureship at Lancaster University, with my husband Martin Conway. During the five years we held our posts at Lancaster, my research on memory and language during childhood continued, funded by the Medical Research Council and the Economic and Social Research Council. With Alan Baddeley, I also wrote the book Working Memory and Language, which was published in 1993. Martin and I started two other major projects during this period. One project was the International Conference on Memory (ICOM), which was held in Lancaster in 1991, and attracted an international field of delegates with interests in memory from many different perspectives. The ICOM series continues to develop and flourish. The second ICOM was held in Padua in 1996, and the most recent one (with more than 500 delegates) was located in Valencia in 2001. The second project was the journal Memory. The journal was founded in 1993, and we have acted as editors supported by an excellent editorial board to the present time. The journal aims to provide a forum for psychologists to publish high quality research from any perspective, and has developed an international reputation within cognitive psychology, neuropsychology, and developmental psychology. In 1993, we took up posts at the University of Bristol, and in 1995 I was appointed to a personal chair. This was a very exciting period for my research, during which Alan Baddeley joined us at Bristol, and Alan and I were supported by an MRC programme grant on 'Working memory and learning disability' from 1995 to 2001. During this period my research focused both on theoretical analysis of short-term memory based on experimental studies, and more applied work establishing close links between children's memory profiles and achievements in school. With Susan Pickering, I also developed and standardised the Working Memory Test Battery for Children, designed for use by researchers and educationalists, which was published in 2001. In 2001 Martin and I moved to chairs at the University of Durham, where we are now based. I remain a member of the MRC Co-Operative Group on Human Memory and Learning with colleagues at Bristol and Aberdeen, and the MRC is funding a project investigating the utility of measuring short-term memory skills during the early school years as a predictor of children's subsequent achievements in national curriculum assessments. We have joined the Institute of Cognitive Neuroscience at the Stockton Campus of the University of Durham, where our research groups are based. Our home life is busy too, with five children and several pets. We live outside of Durham, close to our large extended family.