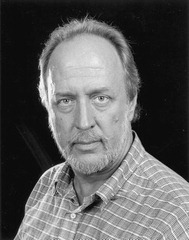 I became interested in behavioural genetics in psychology graduate school at the University of Texas at Austin (1970-1974). A good feature of the course was its requirement of broad interdisciplinary training during the first two years. One of the required courses was behavioural genetics. Although I had had no previous interest or knowledge of the topic (behavioural genetics was not taught anywhere else in the world at that time), the topic grabbed me in part because I could see that it provided new and powerful explanations for psychology. My first position (1974) was at the Institute for Behavioral Genetics at the University of Colorado at Boulder, the only research establishment of its kind, with a joint appointment in the Department of Psychology.
The theme that has dominated my research is bringing together genetic and environmental research strategies to study behavioural development. My PhD dissertation and early research was on the development of temperament and I soon became interested in cognitive development as well. Behavioural genetic research in these areas has shown that nature as well as nurture contributes to the development of individual differences. I think that we no longer need studies that merely ask whether genetics is important because genetics seems to be important throughout psychology. It is important now to go beyond this rudimentary issue and to use genetic research strategies to ask more interesting questions about matters such as the developmental interface between nature and nurture. For example, two of the most important discoveries from behavioural genetics are about nurture rather than nature. These discoveries came from studying environmental influences in the context of genetically sensitive designs such as twin and adoption designs. The first finding is that environmental influences operate in a surprising way: They do not make two children growing up in a family similar to one another. The second finding, often called 'the nature of nurture', is that environmental measures widely used in psychology such as measures of parenting and life events are substantially influenced by genetic factors. Although this finding sounds bizarre at first, what it means is that people select, modify and create environments correlated with their genetic propensities.
In 1994, I came to the Institute of Psychiatry in London as an MRC Research Professor to help Professor Sir Michael Rutter launch an interdisciplinary centre called the Social, Genetic and Developmental Psychiatry Research Centre which follows the same theme of bringing together genetic and environmental influences in development. My new research includes a study of all twins born in England during 1994-96, which focuses on developmental problems in language, cognition and behaviour. I also continue to work on several other large longitudinal twin and adoption studies of behavioural development throughout the life span. During the past decade my interest has increasingly turned toward harnessing the power of molecular genetics to identify genes for psychological traits in order to advance our understanding of the developmental interplay between genes and environment.
Written by: Robert Plomin