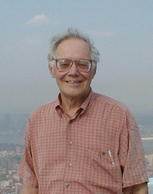 Ulric Neisser was born in Kiel, Germany in 1928. He emigrated to the United States with his parents three years later. He began his studies at Harvard, majoring in Physics originally, but switched to Psychology. He received his PhD from Harvard in 1956.
Ulric Neisser is best known for his 1967 book Cognitive Psychology, which named and defined that field, as well as for many experimental studies of attention and memory. In his later writings he became critical of the methodology of much cognitive psychology, faulting it for being 'ecologically invalid'.
He has been especially interested in memory for life events and in natural settings (Memory Observed, 1982, 2000) and in false or misleading memories (he is on the Advisory Board of the False Memory Syndrome Foundation) as well as in the role of memories in defining the self. His own interests in intelligence research focus on individual and group differences in test scores, and on the social significance of those differences. His edited book The Rising Curve (1998) explores various possible causes of the secular worldwide rise in IQ scores (the 'Flynn Effect') as well as of the large rise in African-American school achievement scores that occurred in the 1970s and 1980s. Neisser is presently co-chair of the Committee on Educational Excellence and Testing Equity of the US National Research Council.