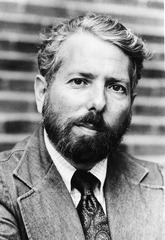 Stanley Milgram was born in 1933 in New York. He attended James Monroe High School in 1950, along with fellow classmate and future social psychologist, Phil Zimbardo. He attended Queens College as an undergraduate, and obtained his BA in Political Science. During his final year of study, he changed direction, and applied to study for a PhD in Social Psychology at Harvard. Rejected at first because he did not have any background in psychology, he was accepted provisionally after he took six psychology courses at three different New York-area colleges in the summer of 1954.
Milgram's PhD studies examined cross-cultural differences in conformity, which he conducted in Norway and France (the Norwegians conformed more) under the supervision of Gordon Allport. Following his PhD studies, Milgram spent 1959-1960 at the Institute for Advanced Study in Princeton with Solomon Asch. In 1962 he was appointed a professor of psychology at Yale University. In the Autumn of 1962, a year before the appearance of his first journal article on his obedience research, the American Psychological Association (APA) put Milgram's membership application 'on hold' because of questions raised about the ethics of that research. After an investigation by the APA produced a favourable result, they admitted him.

During the early 1960s, Milgram began to investigate obedience to authority. As he wrote:

Obedience, as determinant of behaviour, is of particular relevance to our time. It has been reliably established that from 1933-1945 millions of innocent persons were systematically slaughtered on command. Gas chambers were built, death camps were guarded, daily quotas of corpses were produced with the same efficiency as the manufacture of appliances. These inhumane policies may have originated in the mind of a single person, but they could only be carried out on a massive scale if a very large number of persons obeyed orders.

To investigate obedience, Milgram devised his 'electric shock' methodology. Typically, two individuals show up for a study and are taken to a room where one is strapped in a chair to prevent movement and an electrode is placed on his arm. Next, the other person, who is called the 'teacher' is taken to an adjoining room where he or she is instructed to read a list of two word pairs and ask the 'learner' to read them back. If the 'learner' gets the answer correct, then he or she moves on to the next word. If the answer is incorrect, the 'teacher' is supposed to shock the 'learner' starting at 15 volts and going up to 450 volts, in 15 volt increments. The 'teacher' automatically is supposed to increase the shock each time the 'learner' misses a word in the list. Although the 'teachers' thought that they were administering shocks to the 'learners', the 'learners' were actually confederates who were never actually harmed.

Milgram's findings show that “two-thirds of this studies participants fall into the category of 'obedient' subjects, and that they represent ordinary people drawn from the working, managerial, and professional classes”. Ultimately 65% of all of the 'teachers' punished the 'learners' to the maximum 450 volts (Milgram, 1974).

Milgram's obedience work was criticised on two main counts: firstly, that the participants effectively knew the set-up, and secondly that it contravened ethical requirements. Milgram replied to the first point by arguing that the suggestion that subjects only feigned sweating, trembling, and stuttering to please the experimenter was as ridiculous as saying that hemophiliacs bleed to keep their physicians busy.

In 1976, 'The Tenth Level' was broadcast – a TV dramatisation of the obedience experiments with William Shatner (of Star Trek fame) as the Milgram-like scientist. Milgram served as a consultant for the film.
Milgram worked at the City University in Paris for some years before returning to New York. He died, aged 51, in 1984.