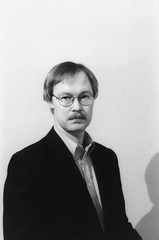 As an undergraduate at Michigan State University I majored in Philosophy, which provided a useful background in rigorous thinking. I received my doctorate in Personality Psychology from Boston University in 1976, and since then I have worked as a full-time researcher, for most of my career at the National Institute on Aging, NIH. My research has focused on personality structure and assessment and the application of trait psychology to an understanding of health, well-being, and aging. With Dr. Paul T. Costa, Jr., I am author of the NEO Personality Inventory (NEO-PI).
I attended graduate school in the years after Mischel's (1968) critique of trait psychology. Most psychologists at the time were prepared to believe that traits were nothing but response sets, stereotypes, or cognitive fictions. That never made sense to me, and my early research experience showing remarkable stability in longitudinal studies encouraged the belief that traits were real and enduring. Subsequent work on consensual validation, cross-cultural generalization, and heritability have all tended to confirm that personality traits are a fundamental characteristic of the human species.
My research strategy has always been data-driven. The longitudinal studies that I have had the good fortune to be associated with provided multiple measures on multiple occasions, and allowed us to look for broad and replicable patterns. The most important pattern emerging from the data was the Five-Factor Model (FFM). Although versions of this model had been proposed many years ago, it was the demonstration in our longitudinal sample that the FFM made sense of many competing trait models that convinced many researchers of its merit.
In recent years my most important research has been conducted in collaboration with investigators around the world who have translated the NEO-PI and gathered a wealth of data. Once again, broad and replicable patterns have emerged from these data, showing, for example, that gender differences in personality traits are similar around the world.
I regard personality theory as a systematic attempt to understand empirical results. For example, the finding that gender differences are similar in very diverse cultures leads to the idea that they are biologically based, perhaps the result of evolution. In Five-Factor Theory Paul Costa and I have tried to organize the whole body of findings from research on the FFM in a coherent framework. We make a crucial distinction between biologically-based Basic Tendencies and acquired Characteristic Adaptations, and we explain the transcontextual nature of traits by assigning them to the category of Basic Tendencies. Five-Factor Theory is a highly simplified model of the personality system that will doubtless need to be refined as new findings emerge.
I have taken a traditional trait perspective in a period of time when many social scientists have emphasized cultural relativism, contextualism, and post-modern criticisms of empiricism. This is not to say that I have ignored context; instead, using longitudinal and cross-cultural designs, I have attempted to show that in some respects, personality traits are transcontextual, relatively independent of historical period and culture. The expression of traits is, of course, shaped by local influences, but basic human nature is everywhere much the same. Not only is this position well supported by the data; it also, I believe, forms a better basis for international understanding than perspectives that postulate that those of different cultural backgrounds must inevitably remain alien to us.