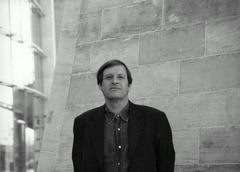 I was born in London in 1947. I came from a manual working-class background in South London and was a product of the post-war Welfare State and State education system in the UK. It was the political changes which occurred in Britain after the war which made it possible for me to attend a state grammar school and then (a new) university (Sussex). I am the first (and may still be the last) person in my large immediate and extended family who has ever done either to my knowledge. Naturally this background shaped my political and social attitudes and still does. It also shapes a lot of my thinking about psychology. I
I went to the University of Sussex in 1965 and became completely immersed in the changes taking place in people's attitudes and thinking. Soon there was student revolt and student revolutionary politics around the world, attempted anti-trade union legislation in Britain, the Vietnam War, the expansion and cheapening of British higher education, and of course the hippies, psychodelia, the druggies, all the fun of the new pop sensibilities. I enjoyed the fun and worked hard at politics. My views developed at a rapid pace, way beyond anything that would have been possible without the educational and social opportunities of university and the clever, experienced, sincere people I met there. My work is still influenced at a metatheoretical level by my political views (as are everybody else's no matter what they say) and strongly shaped by my distaste for so-called scientific theory which is nothing more than propaganda for individualistic, asocial and reductionist assertions about the nature of the human mind which have no serious basis in empirical evidence. Substantively I have been keen to demonstrate and argue for the validity, richness, sophistication and adaptiveness of the group dimension of the human self.
My undergraduate career was idiosyncratic but eventually in 1971 I obtained a degree in social psychology – thanks in large part to the generous help of Marie Jahoda, Neil Warren and other academics in the department. I then went to the University of Bristol to do a PhD supervised by Henri Tajfel. I worked closely with Tajfel for the next decade, as PhD student, research associate and lecturer.
Tajfel had just published the results of his studies on the “minimal group paradigm”. My PhD provided a “social identity” interpretation of the results. From the moment I wrote my first review in late 1971 (published in 1975) Tajfel and I began an intellectual collaboration which eventually produced “social identity theory” (more or less “finalized” in 1976, when we wrote a chapter published in 1979). From 1974 to 1977 Tajfel, Howard Giles and I (and others including Richard Bourhis and Rupert Brown) worked on the first big research project on social identity and intergroup relations.
In 1978 I wrote a paper (published in 1981 & 82) on what became “self-categorization theory”. I had always been interested in the question of why people in the minimal group paradigm seemed to act as a psychological group. I realized in 1978 that it was possible to explain group behaviour simply as people acting in terms of a shared social identity. I argued that as people defined themselves more in terms of a social than personal identity there was a depersonalization of the self which produced emergent and distinctive group processes. From 1978 to 1981 I ran a research project on these ideas and worked with my PhD students to examine different aspects of the analysis (Mike Hogg, Penny Oakes, Steve Reicher, Margaret Wetherell). In 1982/3 I spent a year at the Institute For Advanced Study, Princeton, where after pondering hard the various conceptual and empirical issues I worked out a more satisfying statement of what I then christened “self-categorization theory” (published in 1985). Tajfel never saw the formal statement of self-categorization theory (he died in 1982), but he knew my earlier work on the “cognitive redefinition of the social group” and liked it. He saw it as an important step forward and was gratified that the concept of social identity looked to have even more to contribute than he had ever imagined. People looking backwards now assume incorrectly that the personal-social identity distinction was part of social identity theory – a tribute I suppose to the centrality of the idea.
After Princeton I went in late 1983 to Australia. I worked at Macquarie University in Sydney until 1990, when I accepted the Chair of Psychology at the Australian National University in Canberra. At ANU I was Head of Department for several years and Dean of Science for a couple – an interesting and enjoyable experience, for the people one met and what one could do, not for its helpfulness to research. During all this time I carried on (with others) working on self-categorization theory, in relation to social influence, group polarization, stereotyping, the self-concept, and prejudice, which I am still doing.
Author: John Turner